So it's been over a year since I've posted...sorry..We did Thoroughly Modern Millie (MUCH better than the movie) last summer. Autumn was in Scotland and England. This year we're doing "The History of Windsor, 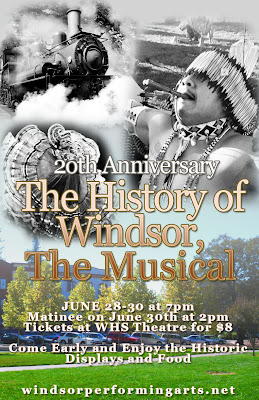 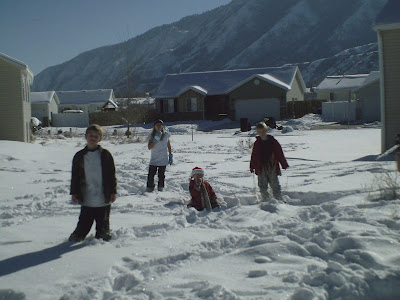 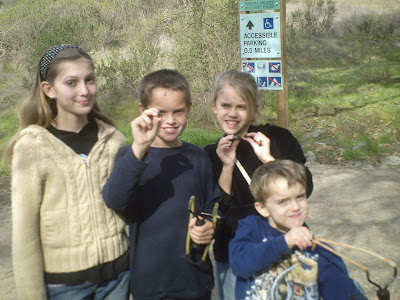 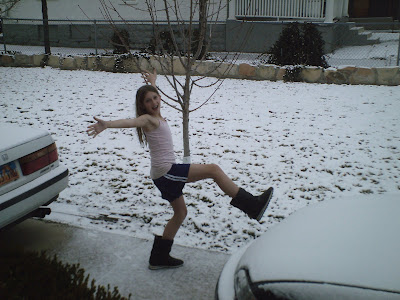 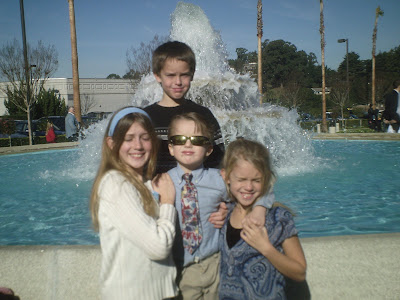 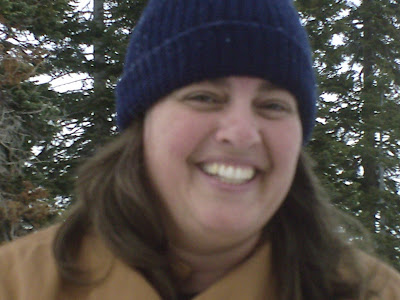 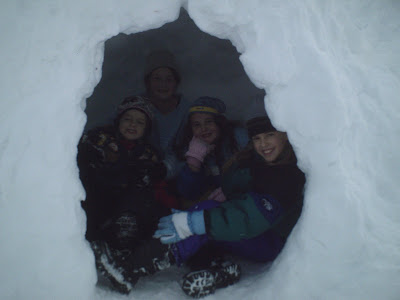 Well, this was a surprise! I was searching for flashcards in a deep recess and found an old camera that I thought was lost! Well, it HAD been lost...for FIVE YEARS!!! WHOA...time does fly whether you're having fun or not. hahah. But I have it very documented that fun is was being had in 2005 and continues to be had in 2011! We had a couple of snow trips. One to Tahoe (the cave) with our neighbors and then One to Utah with Aunt Jo and Aunt Ali and visiting a former Roomate, Julie (in Salt Lake City). Ephraim was looking at the pictures and says he doesn't remember this AT all...he was 4...I guess it's time to visit UTAH in the snow again.
love,
Heather

Posted by MomladyHeather at 11:01 AM 2 comments: 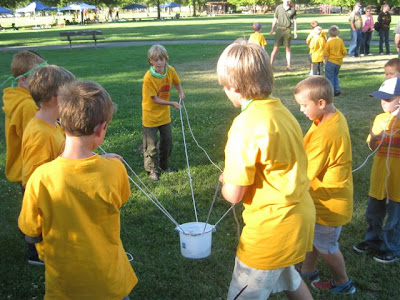 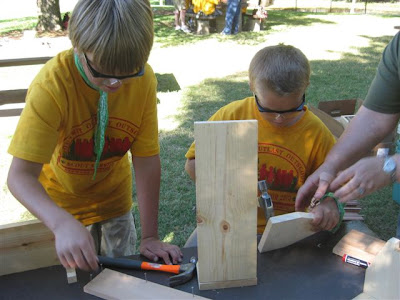 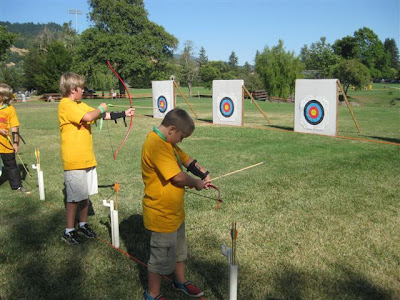 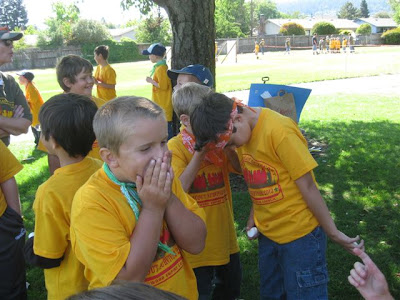 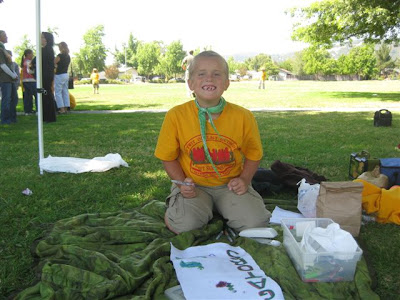 Ah what a summer Ephraim has had. Space camp, Drama Camp, Two Different Vacation Bible School Camps, Real Camping three times with Mom, Mandarin class, Spanish class, and Cub Scout Camp!! Whoo Hoo. This is Ephraim's first year as a scout. He joined in June. As you can see by the photos he's happy to be here.

Posted by MomladyHeather at 5:29 PM 4 comments:

Fiddler on the Roof! 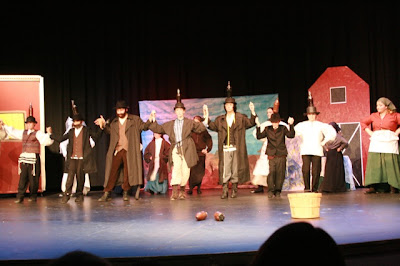 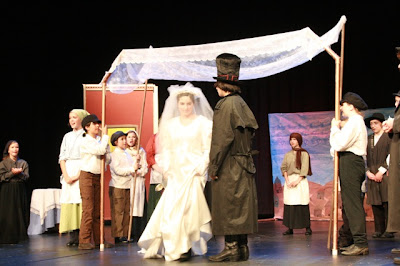 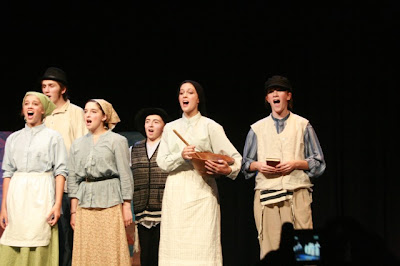 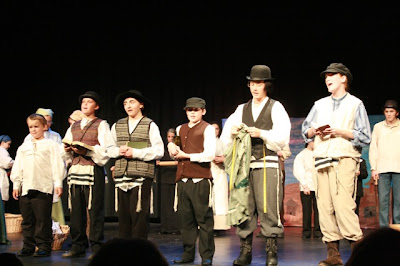 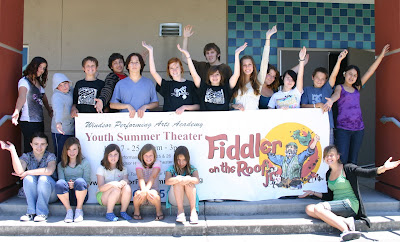 Autumn (Golde), Spring (Hodel), Ben (Perchik), and Ephraim (jewish son and Russian soldier) all got to participate in my Windsor Performing Arts Academy this Summer. We did Fiddler on the Roof and received MUCH applause from the community. There were letters to the editor in the paper, personal letters to the company, e-mails, phone calls, etc. All saying what a professional and fantastic job everyone did. I was quite pleased. This is the third production in a year. We're growing and people are finding out that there is incredible talent in our little town.

Posted by MomladyHeather at 4:43 PM 3 comments: 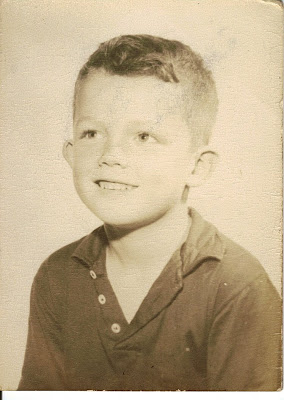 Well, if I get to this blog 4 times this year, I'll make my new years resolution! HAHAHAH.
I just have to say, I am SO glad I married the little boy pictured above. Of course he was 39 when we married, BUT that little boy is still in that adult body. If it weren't for Reg I just couldn't do the stuff I'm doing. He comes home from work early and takes Ben and Ephraim to baseball practices and games. He takes Ephraim to Gymnastics, He drives Autumn to her Junior college orchestra practices at 7pm on Thursday nights and hangs out down there until 10pm when it's over just because I wake up at 5am every morning to walk 4.5 miles with my girlfriends (it takes us 55min). He volunteers to do this, I don't have to beg, nag, or bribe. He drove our float for the 4th time in the Windsor Day Parade. I had both of my business there, the children's community choir float followed by the Windsor Performing Arts Academy Banner and troupe. We're doing Fiddler on the Roof this year so we had a fiddler walking along with us and fiddling songs from the play. The actors all had black hats on with bottles glued to the top and were wearing their Black Fiddler on the Roof T-Shirts which looked VERY spiffy. Every once in a while the choir float would stop and we'd sing "Tradition" very loudly to orchestrated music while the Troupe would dance. The Audience LOVED IT!!!! Ephraim saw his best friend in the audience while he was singing on the float. As soon as we passed the judges he jumped off and ran to Cade and Cade's mother..she offered to keep him for the afternoon because they play so well together....how could I refuse?! After the parade we zoomed home and Reg took Ben to his baseball game..which he won. We took down and demolished the float and cleaned the trailer (Hay is very messy!!)...THEN I took Spring to a concert she was in (she plays cello) and gave rides to two of her friends. On the way I dropped Autumn off at her string quartet practice, they have a 2 hour gig of just THEM at the "fancy pants" garden tour next week. (So does my choir, we're the two hour block after them.) After dropping the kids off and dropping off the trailer from where it was borrowed I came home and took a 4 hour nap. Ahhhhhh. When I awoke I discovered that Ben and Spring had come home and left with Reg to do a 20 mile bike ride...COOL! I love that man. Autumn was home so we went and set up the near by Methodist Church for our music recital which was at 6:30 that evening. I picked up Ephraim from Cade's and cleaned him up. He performed SO well! All the kids did. We had 29 participants, all students of Autumn, Spring, Ben and mine. About 5 of our students couldn't be in it that night. The recital was lovely, the parents all proud and gleeful. I think one parent summed it up, with tears in her eyes she said, "I feel like I've found the most valuable gem in Windsor...you and your family!". It was heartfelt and appreciated. Reg filmed the recital, ran around buying last minute stuff and helped clean up afterwards then took off with Spring and Autumn to get last minute items for Mother's Day!
What would I do without Reg?! I wouldn't be able to do much. I LOVE him dearly for his willingness to serve, his patience with all the stuff that is always happening at our house...he's a quiet fellow...Not too keen on crowds, but that is what he finds at home. He was telling a friend that the other day he came home from work and there was a piano lesson going on in the front room, math tutoring in the kitchen, a cello lesson in Ben's room, a violin lesson in the classroom, he just went to the bedroom, out the back slider, back around to the front and drove to the Library!!! ahhahahaha!!! Good coping skills! Anyway, Reg is the best gift I've ever gotten from God and my four children are too!
Posted by MomladyHeather at 6:57 AM 10 comments:

I hardly ever get on this blog, but I hope to do more of that as time goes on. It's a New Year's goal.
I am so greatful as I pass into 2010. I have a healthy family, a clean organized house (generally speaking of course), my yard is manageable, I have loyal friends and family members who love me. My enemies are at bay and life is GOOD! I have only God to thank for this. I pledged my life to him long ago, but every day I pray that he will use me to further his kingdom, and that I will feel those promptings and DO them! (I often get the promptings....it's the action I tend to fall short on)
I hope all of you who check this blog have a great new YEAR and that come what may with our country that we are found on the front lines defending GOD and FAMILY and the CONSTITUTION!!!
Posted by MomladyHeather at 9:28 AM 4 comments:

We just got our NEW Christmas CD "Straight No Chaser" It's so awesome. Ephraim has been listening to it for hours....He couldn't resist this one song especially.....

Posted by MomladyHeather at 7:37 PM 3 comments:

MomladyHeather
I am an ordinary girl who does extraordinary things because I love my Heavenly Father and I know He loves me! I center my life in His son Jesus Christ and everything seems to fall into place including my pain and suffering which seems to have more meaning in the context of my life on earth. I love my life, my husband and my children. I am blessed with friends and family that I like to associate with. I don't like to spend a lot of time watching TV, so I get a lot done in life!